50 Years of Caring for Clean Water

In 1968, a group of seventy residents of Bloomington, Chanhassen, Deephaven, Eden Prairie, Minnetonka, and Shorewood came together with a shared passion. They wanted to protect the communities they loved from flooding, manage water quality, and restore natural areas. This group of stewards petitioned the state Board of Water and Soil Resources and a year later on July 31, 1969 the Riley Purgatory Creek Watershed District was formed.

Protect. Manage. Restore. Over the past 50 Years a lot has changed, but this community ethic has remained a driving force for the watershed district. This truly is your watershed, and we invite you to explore it.

A Trip Through Time

Follow each of the topic links to learn about the history of the Riley Purgatory Bluff Creek Watershed District. For best results, use a computer or tablet to open these files.

Human and geologic forces have been shaping the landscape long before the district was created.

Formation of the District

In 1968, a group of residents came together to protect their communities from flooding, manage water quality, and restore natural areas.

Learning From Our Resources

Throughout its history, the District has employed a suite of methods to understand the health of the waters in our community.

Investing in research has helped the District implement projects to protect clean water and healthy habitat.

Over the past fifty years, the District has worked with its partners to implement many projects.

The District works to create healthy ecosystems and support communities in preparation for a future with more water and extreme storms.

Our Community in Action

The District is fortunate to have a community that is committed to protecting, managing, and restoring water resources.

This project was the result of hundreds of hours of research and could not have been completed without the help of several organizations.

This information was obtained from academic studies, historical reports, government documents, and other sources.

How the lakes and creeks got their names

The lakes, creeks, and communities of this watershed have gone by many names through time, some of which we’ll never know.

The lake is named for Ann Judd, wife of local resident William Judd. In 1874 Franz Kerber purchased a 70 acre farm on Lake Ann. In the summer the family rented boats to vacationing city residents, but they had to compete with the cows for lake access!

No definitive records exist for when the lakes were named, though they are named for their shapes. Art Miller does remember that “soldiers from Fort Snelling held maneuvers on the east shore of Round Lake in the early 1900s”. 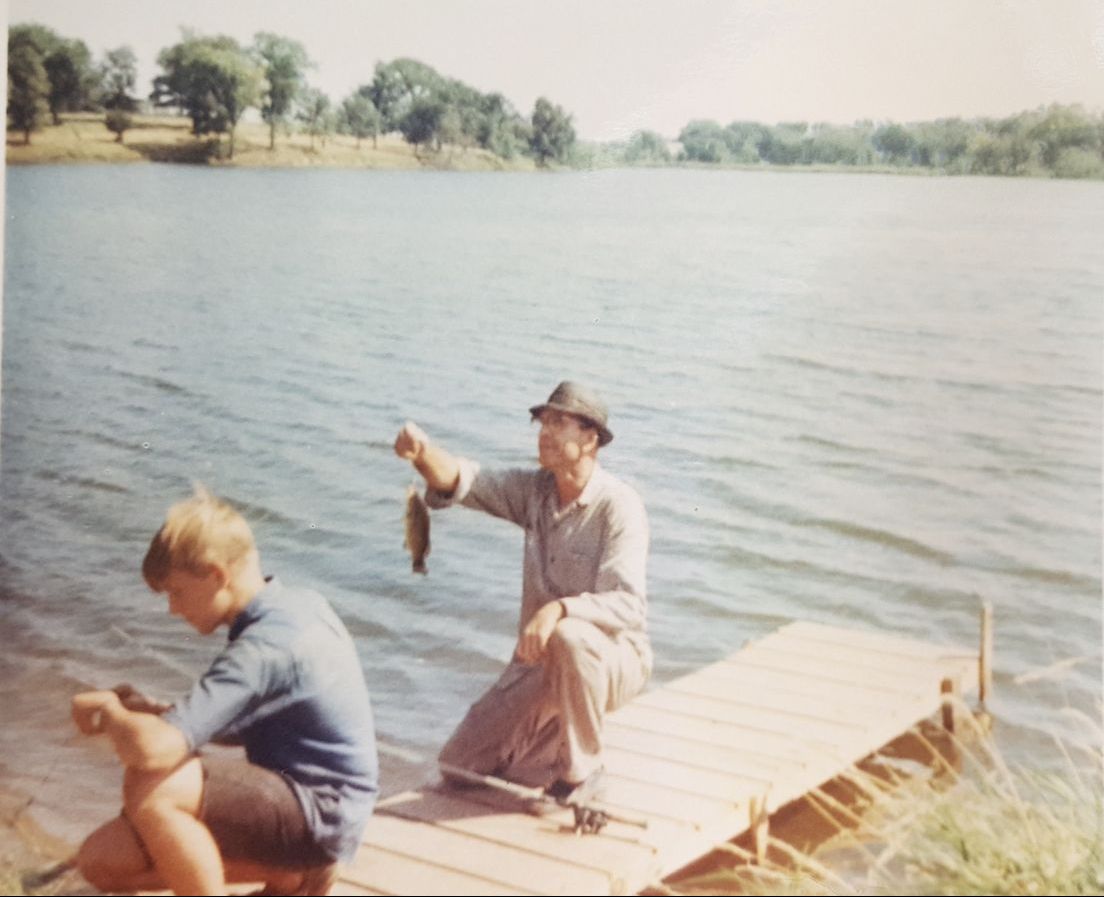 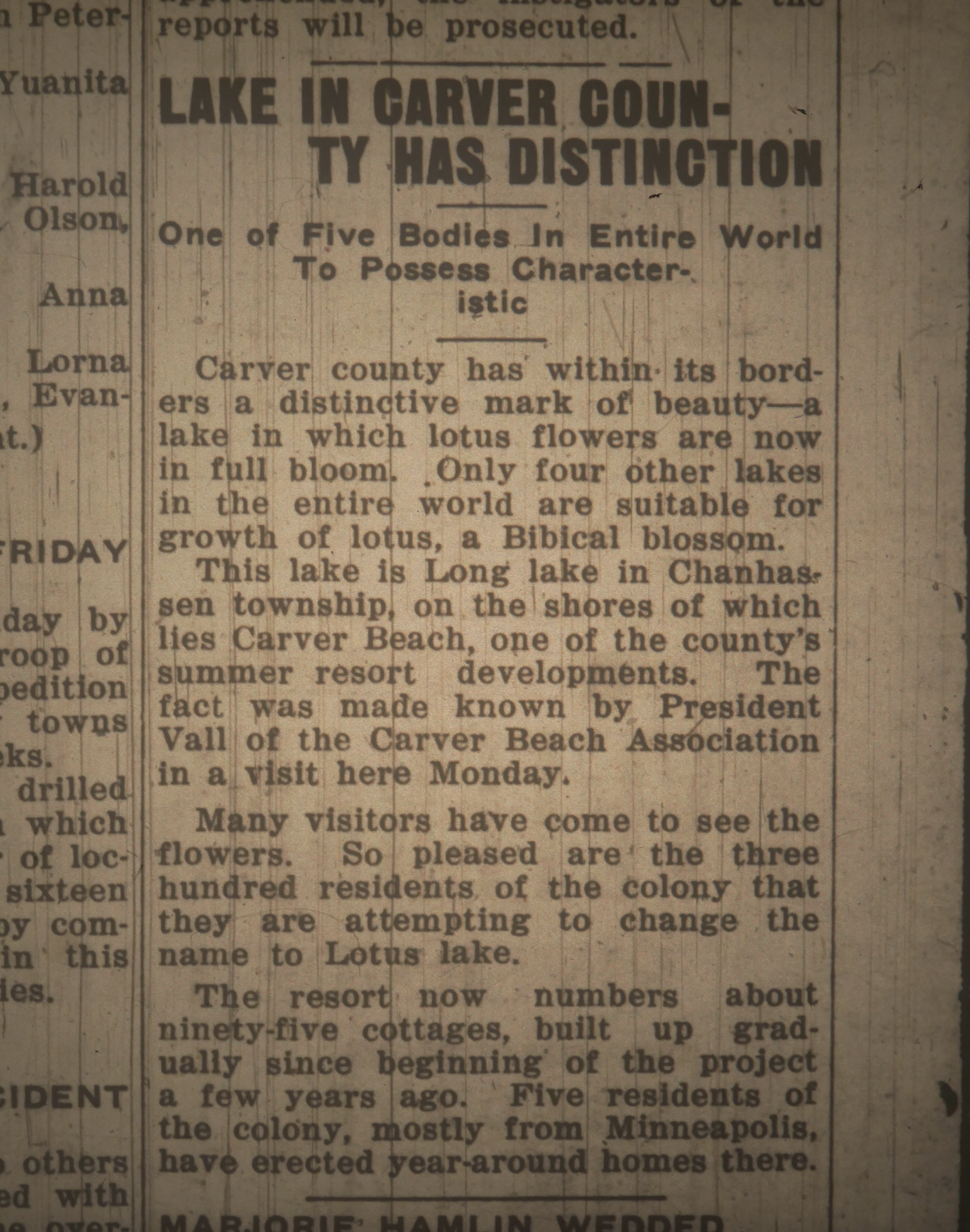 The Fredrick-Miller Spring is a natural spring of the Prairie Du Chien Aquifer. The spring was called “minnewaucan” or healing water by the local Mdewakaŋtoŋwaŋ, and valued for its curative properties. The first settler to own the spring was John Heath in 1855, though in 1874 it belonged to Mary Williams. It was bought by the Fredricks in 1890, and later by the Miller family in the 1930s for public use. Art and Norman Miller sold the spring to the City of Eden Prairie in 1969 “with the stipulation that the spring would be preserved and maintained for future generations to enjoy”. 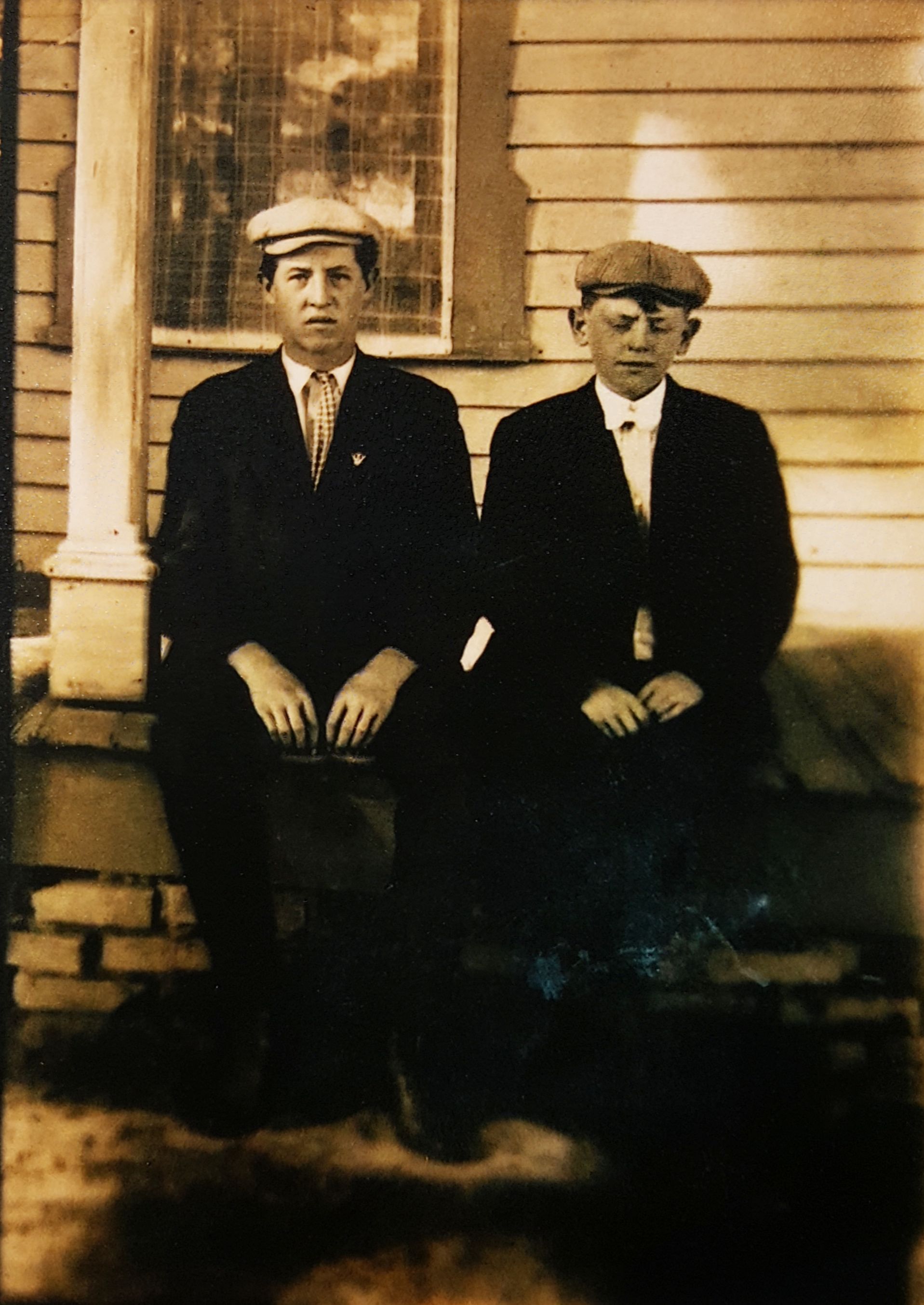 The original name of Bloomington, “Icahtaka”*, is not related to it’s modern name, but “in this context [meant] a place where a river touches or runs near a hill; a place where the prairie comes down to a river or lake”, both of which happened in Bloomington.

“Minnetonka” is from the word “Mini’iatanka*”, or “The Water They Speak of as Large”. 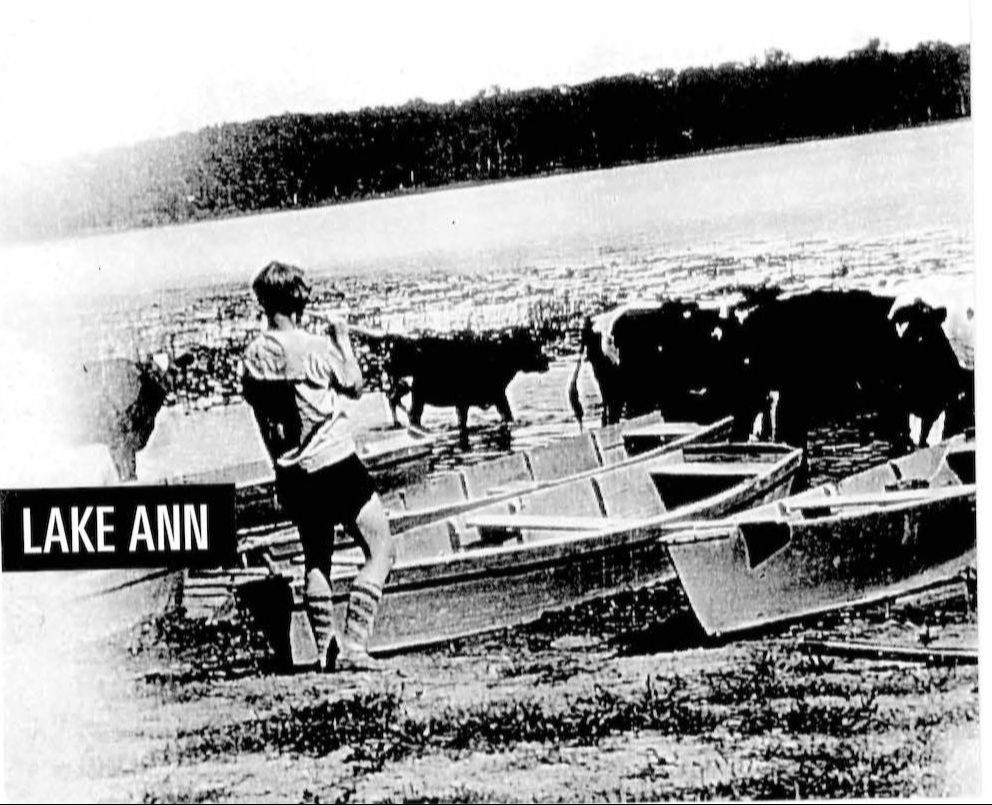 The original spelling for this lake was “Idylwild”, but was switched to the modern spelling in 1981. Previously also called Lake Tobias.

After it was dug out in the mid 1940s, Neill Lake was named after Aaron Neill, who came up the river from Galena Illinois in 1850, and the family that lived there after him.

Lake Lucy was named for Lucy Judd, daughter of Burritt Judd who moved to the area in 1859.

There is evidence of human activity at Lotus Lake as early as 6000 BCE, and the local Dakota were known to ‘dig ginseng roots and gather lotus leaves at Carver beach’. Originally called Long Lake by settlers, it was renamed in the 1930s to reflect the American Lotus water lily that grows there.

Lake Riley is named for two brothers, Patrick and Matthew O’Riley, who bought land on the north and eastern shore in 1853. For a time, it was also called Bradford Lake after William Bradford who owned the southern and western shore. 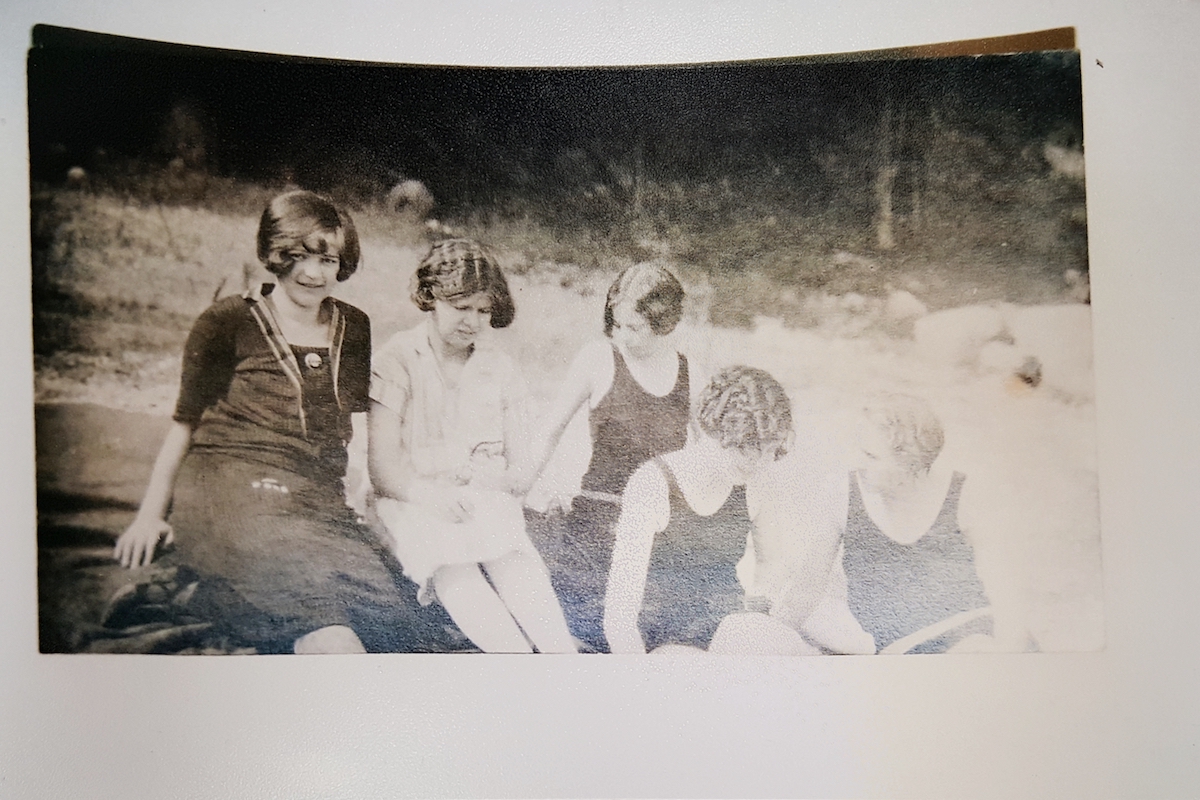 A picnic on Lake Riley (EPHS)

Hyland Lake is named for James Hyland, born in Ireland in 1810, who owned about 109 acres on the lake’s eastern shore.

Named for David Mitchell of Monaghan County North Ireland who bought the land in 1852. His log cabin served as the first Methodist church in the area. David Mitchell lived in town with his family and sold the land to Fred and John Miller in 1870. 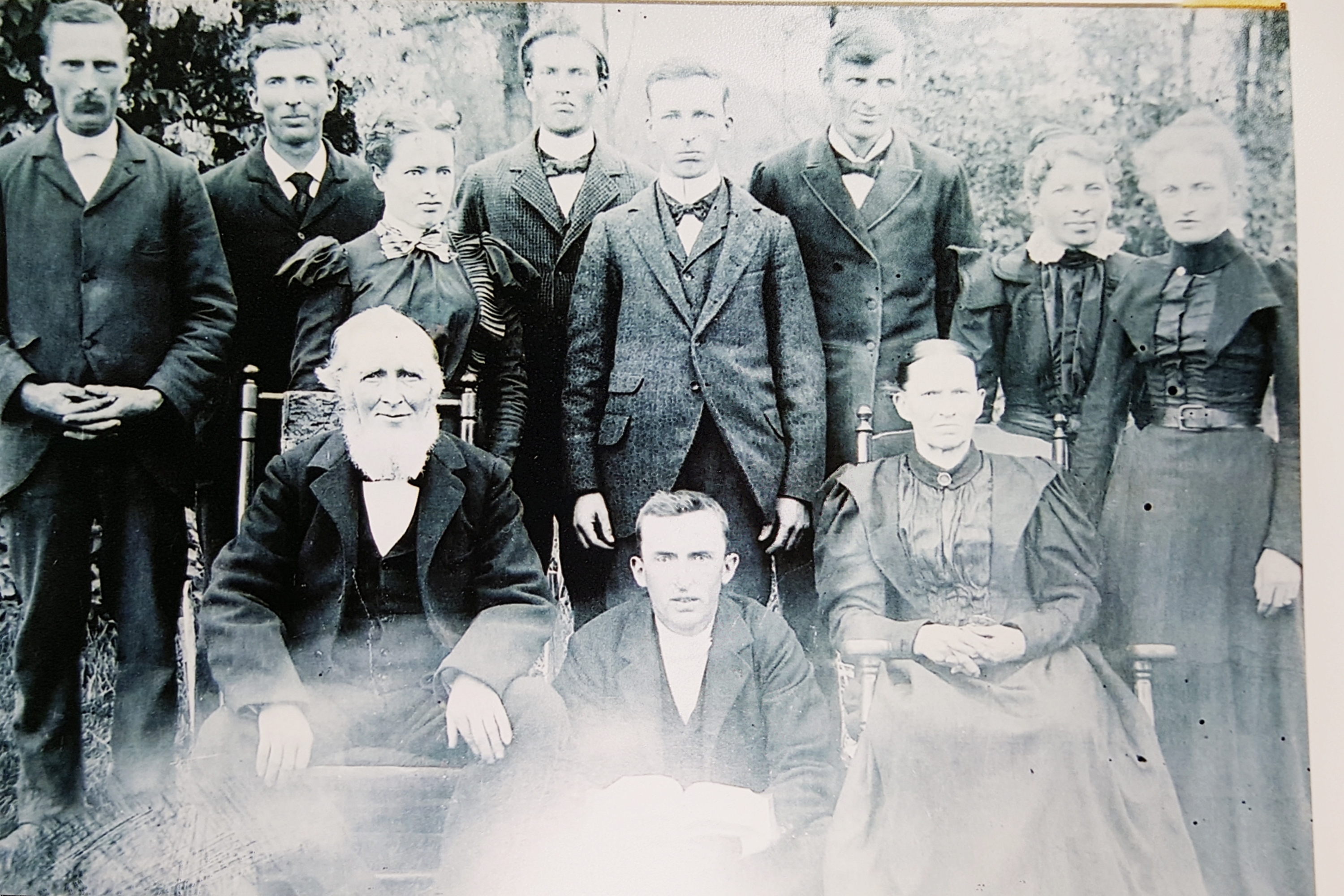 Riley Creek starts in Lake Lucy, and runs down through several district lakes towards the Minnesota River. The Mdewakaŋtoŋ called it Wi-no-hin-ca-kte-pi*, after a Mdewakanton woman who was almost killed by the Anishinaabe, but recovered and went on to have a long life and a large family. Today, the name Riley Creek comes from the fact that it ran through the land owned by Patrick and Matthew O’Riley.

“Chanhassen” is a romanized version of the Mdewakaŋtoŋ name “Can-Ha-San Pa-Ha*” Which means “The Hills of the whitish Bark Trees” or “Sugar Maple Hills”. Chanhassen township was formed in 1854, the first in Carver County. Modern day Chanhassen was formed in 1967 when the small, rural township became a city, solidifying its borders, but losing some land to Victoria and Chaska. 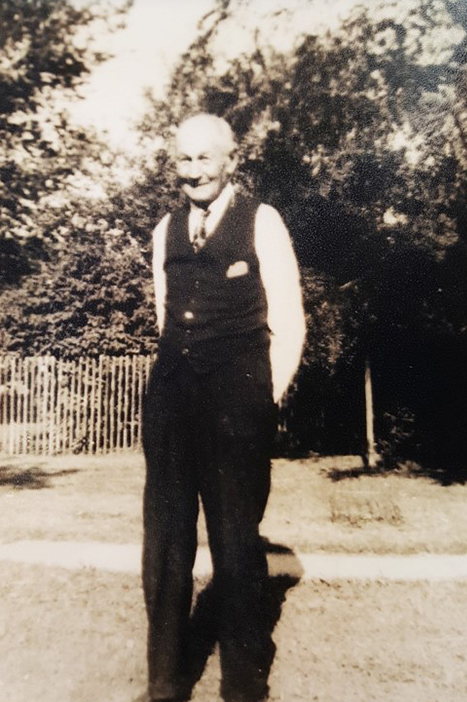 Staring Lake was named for Jonas Staring, an Erie Canal Captain who built the first frame house in Eden Prairie in 1854. It was originally called Lake Caroline for his wife. In the days before refrigeration, many families would cut blocks of ice from the lake for cold storage.

There is evidence that humans lived near Lake Susan as early as 6000 BCE. It was named after Susan Hazeltine, who was the first schoolteacher in Carver County and founded the first school in 1855. 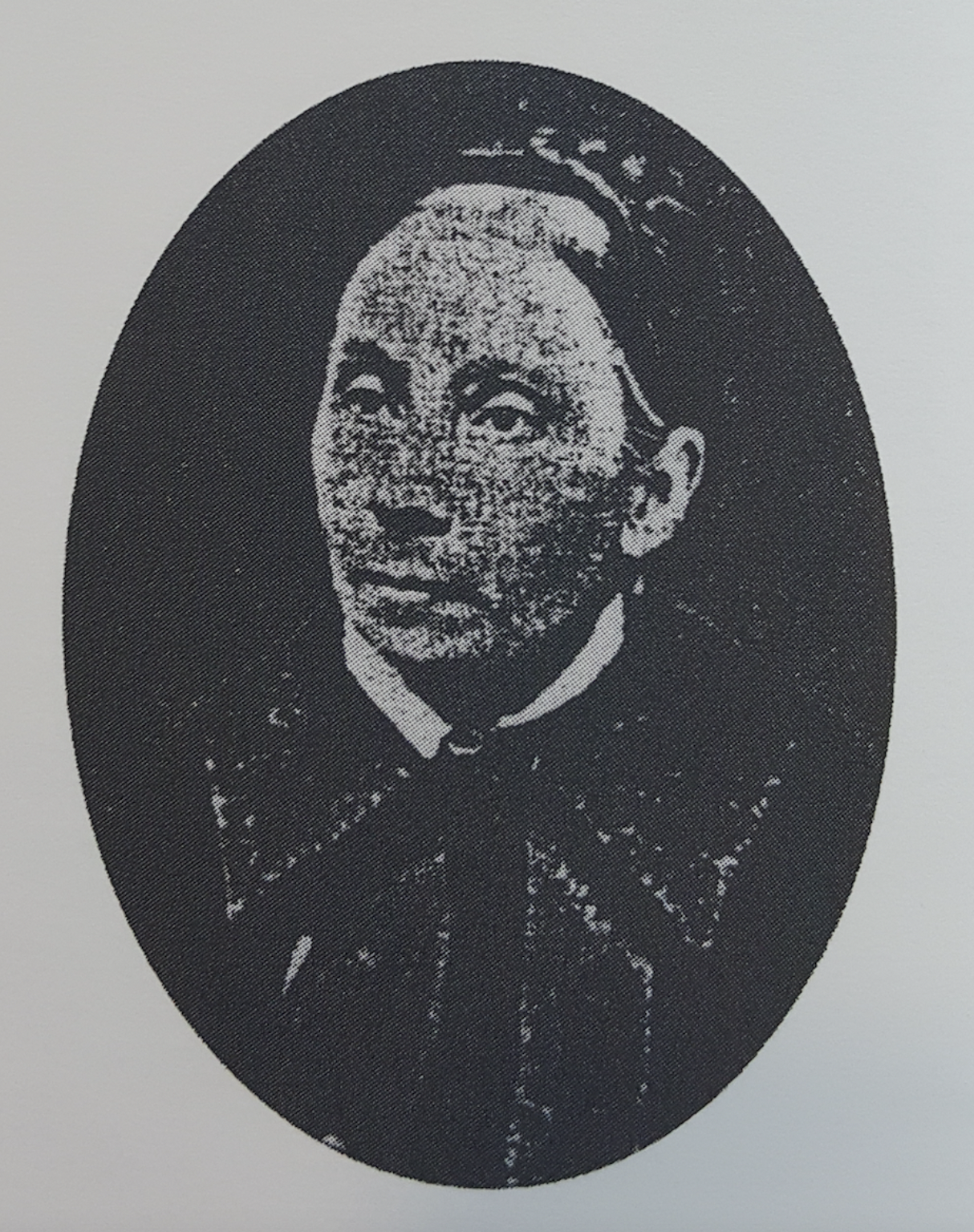 Red Rock Lake is named for a red rock held sacred by the Mdewakaŋtoŋ Dakota, who would visit it when in council, especially before and after battles with the Anishinaabe. The rock’s current location is a mystery; some say that the Mdewakanton took it with them, some say it was sold to a museum out west, and some think it was moved somewhere else within the city and forgotten. 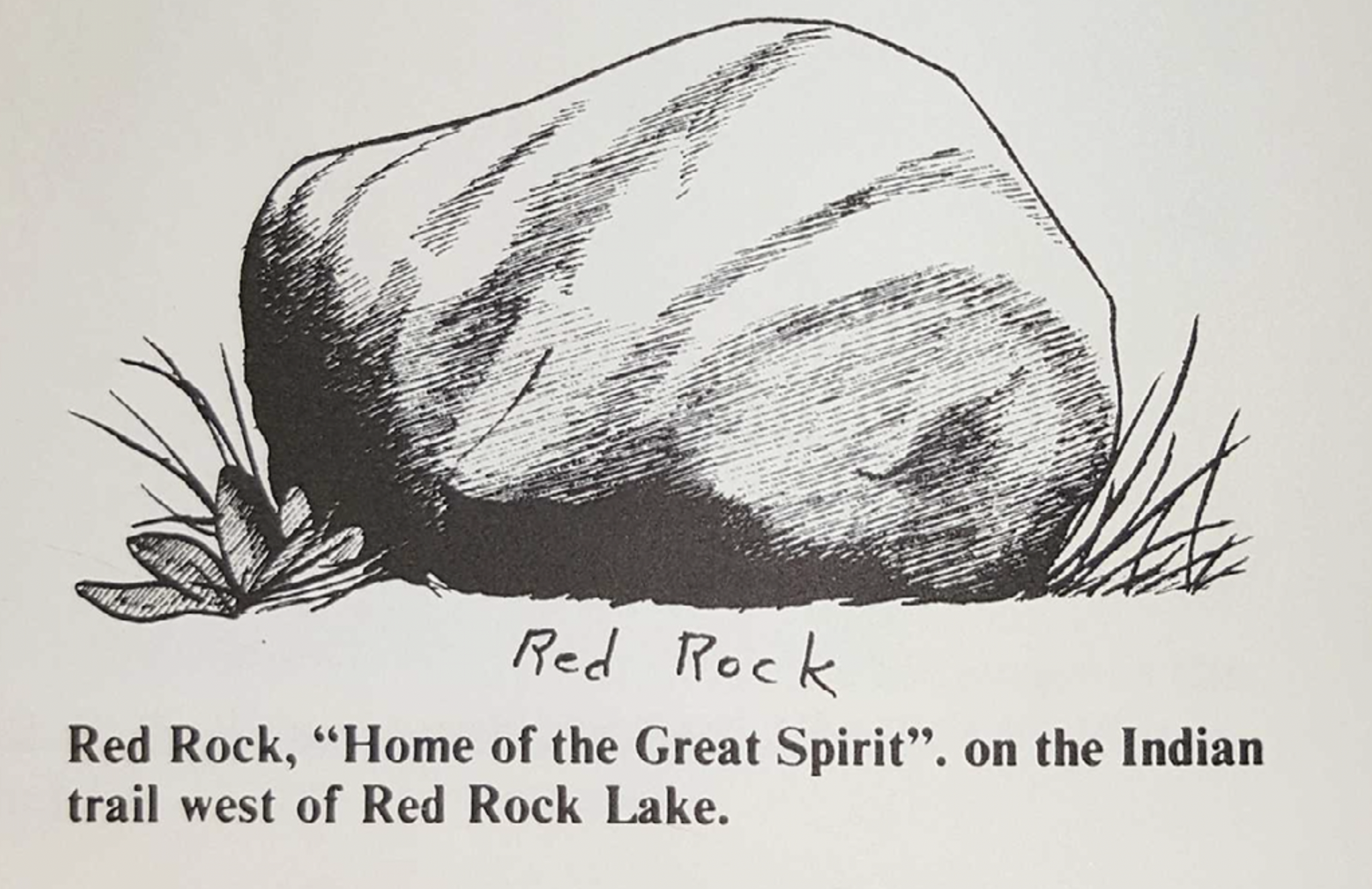 An artist's depiction of the 'Red Rock' (from Eden Prairie, the First 100 Years by Helen Anderson)

One name the native Mdewakaŋtoŋ had for Purgatory Creek was Iriquois*, after a warrior who lived on the stream in the mid 1700s. The European pioneers had 3 names for the creek based on where you lived. In the upper stretches, Anna Simmons Apgar reported in “Old Rail Fence Corners” that new settlers were disheartened by the swampy land around the stream and compared it to a kind of purgatory, and the name stuck. People from the Pioneer Trail area named it Mill Creek for the mill, and people from Hennepin called it Hennepin Creek. In 2006, there were discussions about changing the name to something more flattering, but to this date the name Purgatory Creek remains. 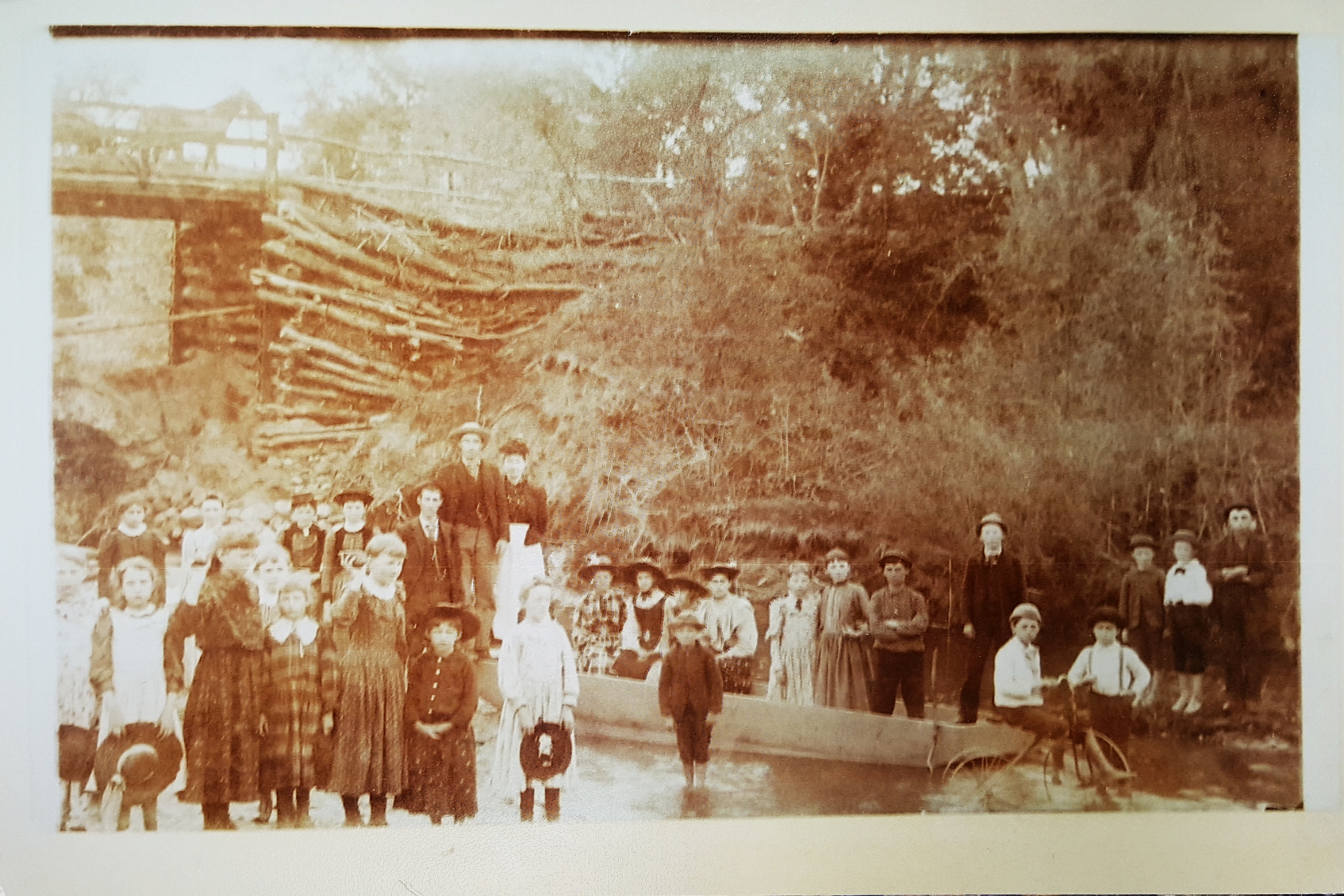 *Just as Purgatory Creek had different names depending on who was talking about it, the Mdewakaŋtoŋ had a variety of names for the lakes and creeks. The names listed here come from Paul Durand’s research, but are by no means the only, or even the most accurate name.